The book was published by Etcetera, a publishing house based in Copenhagen, specialised in French contemporary literature translated into Danish, in partnership with SLC – Dansk Selskab for ny fransksproget litteratur, a Danish society which promotes French contemporary literature in Denmark. The idea behind this book is to show how French literature is considered today and what role it has. Hence, ten authors (from France, Belgium and Burkina Faso) were given a free hand in writing a text for this anthology, which was later translated into Danish.

The book is thereby written in two languages: the French original version and the translated Danish version alongside it, thereby allowing everyone to read and understand it. If you read a paragraph in one language and one in the other, you can understand how it was translated, which words were chosen, and which compromises were made in order to convey the meaning and the sensations of the original version. In this way, Franske Stemmer is not solely focused on French words and literature, but it also centres around translation and its trials.

Sylvie Bocqui, Cécilia Houdart, Monique Ilboudo, Jacques Jouet, Hélène Lenoir, Christian Prigent, Yves Ravey, Cécile Riou, Jean Rouaud and Nathalie Skowronek, these are the authors who contributed to this anthology about contemporary francophone literature with short stories, poems and essays. A number of these books from the aforementioned authors had already been translated into Danish, however a few of the others were introduced in Denmark for the first time. The word ‘captations’ in the French title was taken from one of the texts, Six captations d’une image colorée by Sylvie Bocqui. The word ‘captations’ can both mean ‘to capture’ physically and ‘to catch’ in an abstract way, thereby it highlights the book’s aim to capture, attract and inspire new readers of contemporary French literature.
Since we cannot designate the book to a specific genre, it has been divided into three main parts based on the way the stories were written.

The first category is called in Danish ‘noveller’ (short stories). In the first story, Hélène Lenoir describes everyday life in a flat complex and the intriguing stories related to the people who live in the same building. Cécile Riou describes the incomprehension between Auguste and Agnès, whose relationship seems to be on the rocks, as a result of a change in Auguste’s behaviour and his incapability of expressing feelings and communicating with Agnès.
For Célia Houdart, L’étang (the pond) represents an idyllic place where she finds intimacy and time to reflect. Whilst on a fishing tour, the narrator describes the pond and the surrounding landscape as a surreal and dreamy place, where only the sudden movements of the fish she catches bring her back to the reality.
Lastly, Yves Ravey’s story and its unclarified open ending takes the reader to Florence in the caffetteria gelateria Veneta. The narrator recognises a man who used to be his aunt’s friend – and lover, but something unclear happened between the two which separated them forever. The narrator is also unable to contact the mysterious man and always fails to uncover his true identity. This story depicts the relationship we have with people from our past or, as the author himself puts it, the ‘shadows’ of our past.
The common thread of these four short stories, is the focus on syntactic precision in formulating each sentence and all of them leave us with an open ending, which the reader can interpret.

The second category is called ‘formlege’ (form-game), la question du genre in French, which is based on a different approach to the language and its use. Sylvie Bocqui in Six captations d’une image colorée describes images and sensations which can be associated to six different colours: jaune, noir, vert, gris, mauve, and translucide. Jacques Jouet reflects on the novel’s length, especially autobiography, in his Vie brève de Mathusalem. Christian Prigent’s Caisse d’espace 4 is a poem which was inspired by the French space research centre CNES. Last but not least, Monique Ilboudo, from Burkina Faso, puts at the forefront of her story the debate on power relationships between men and women and gender role in contemporary societies.

At the centre of the discussion of the third and last category, called ‘essays’, is the role of literature and writers. Nathalie Skowronek unites people with literature in a ‘physical’ way. She describes how people can ‘store’ the richness and the sensations of literature in their memories and, thereby, becoming Livres de chair (literally translated, ‘books of meat’). Lastly, Jean Rouaud highlights the importance of literature and its engagement in contemporary issues of the society we live in.

In his introduction to the anthology, Steen Bille Jørgensen briefly describes the evolution of French literature over the last years. He points out that it is extremely difficult to categorise and label contemporary literature, since it varies greatly, it is continuously experimenting and creating something different, and contemporary writers refuse to be put into a box and adhere to a specific literary ‘school’. Moreover, with ‘la mondialisation’ – globalisation – France and, more specifically, Paris cannot be seen as the unequivocal centre of art and literature. Nowadays when we think about the French language, we also associate it to the Haitian-Canadian writer Dany Laferrière, the Moroccan Abdellah Taïa, Réjean Ducharme from Québec, and so many others French-speaking writers from all over the world. In short, the ‘geography of literature’ has changed and its consequences can be seen in both the writers’ choice of subjects and genre. This led in 2007 to the creation of a manifesto of world literature in French called Pour une littérature-monde. Some of the writers who took part in the manifesto criticised the power and prestige of the Parisian publishing house Gallimard and emphasised the quality of several authors from French-speaking Africa, Caribbean, Canada, Belgium and France. Thus, the translations from French that now come to Denmark, as well as to other countries, can be seen under another perspective, and not solely under the previous French colonial power, which placed Paris at the centre of the literary world.

This book is a gift for everyone who is interested in French contemporary literature, or for someone who wishes to have an insight into the work of a number of writers who greatly contributed to ‘world literature’ written in French. 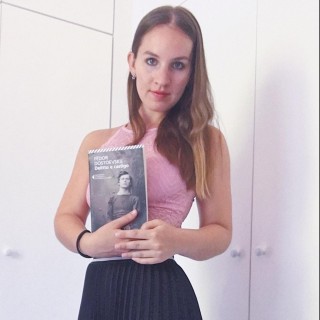